All Collections
Data Studio Resources
Templates & Data Visualization
How to visualize your Google Play and App Store revenue in your preferred currency?

How to visualize your Google Play and App Store revenue in your preferred currency?

Written by Romulo Gomes Nunes
Updated over a week ago

At the moment, both app stores APIs provide the revenue data (proceeds, in Apple's case) in the buyer's currency rather than on your own currency.

That makes it difficult for app owners to understand how much money they're actually making, specially for global apps with massive scale.

The solution we came up with

Our idea was simple: create a Google Sheet with all existing currencies and their exchange rates and blend it with our connector. That would allow us to calculate the approximate amount in US dollars, Euros or Brazilian Reais (it can be any currency actually, but we started with those three).

We tried and it worked so now we're sharing it with you!

Bur before that: what's the current alternative?

You could use the Earnings report from Google Play. There you'll find a couple of dimensions to convert your sales revenue into your own currency:

This works just fine, but there's a catch: as stated on Google's official documentation, "Earnings reports contain invoices raised in the prior month". This means that if you're looking for low-latency data, the Earning reports isn't for you as you'd have to wait the whole month to see your revenue.

Also, that kind of solves the problem for Google Play apps, but for App Store apps you'd still have a problem.

Bellow you can see a demo of what that looks like in real life. It contains: 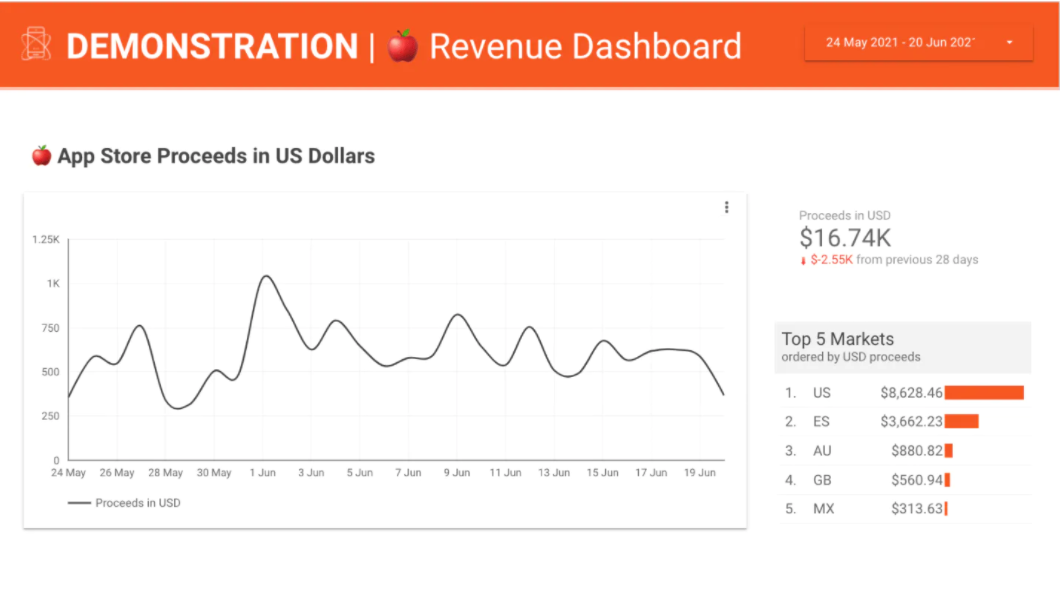 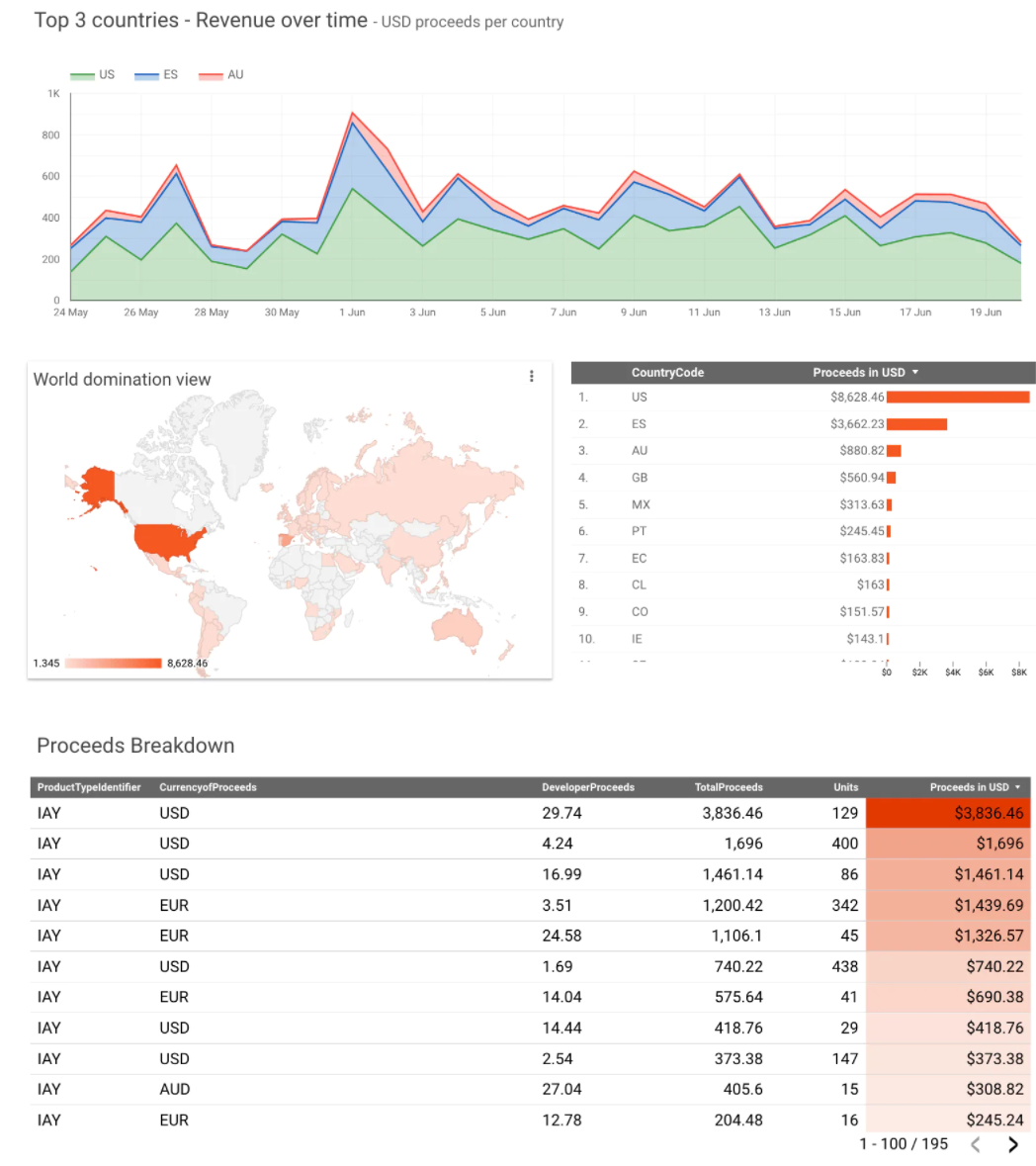 Pretty cool, isn't it? This is example was built using App Store metrics, but it's the same for Google Play. Or, even better, you can see both under the same report 🙂

Now that your data is blended, you can build your own visualizations. Here's a few ideas:

And so on. This actually also opens new opportunities to blend your data and create even more powerful dashboards. We're curious to see what you'll do with it 🙂

Did this answer your question?